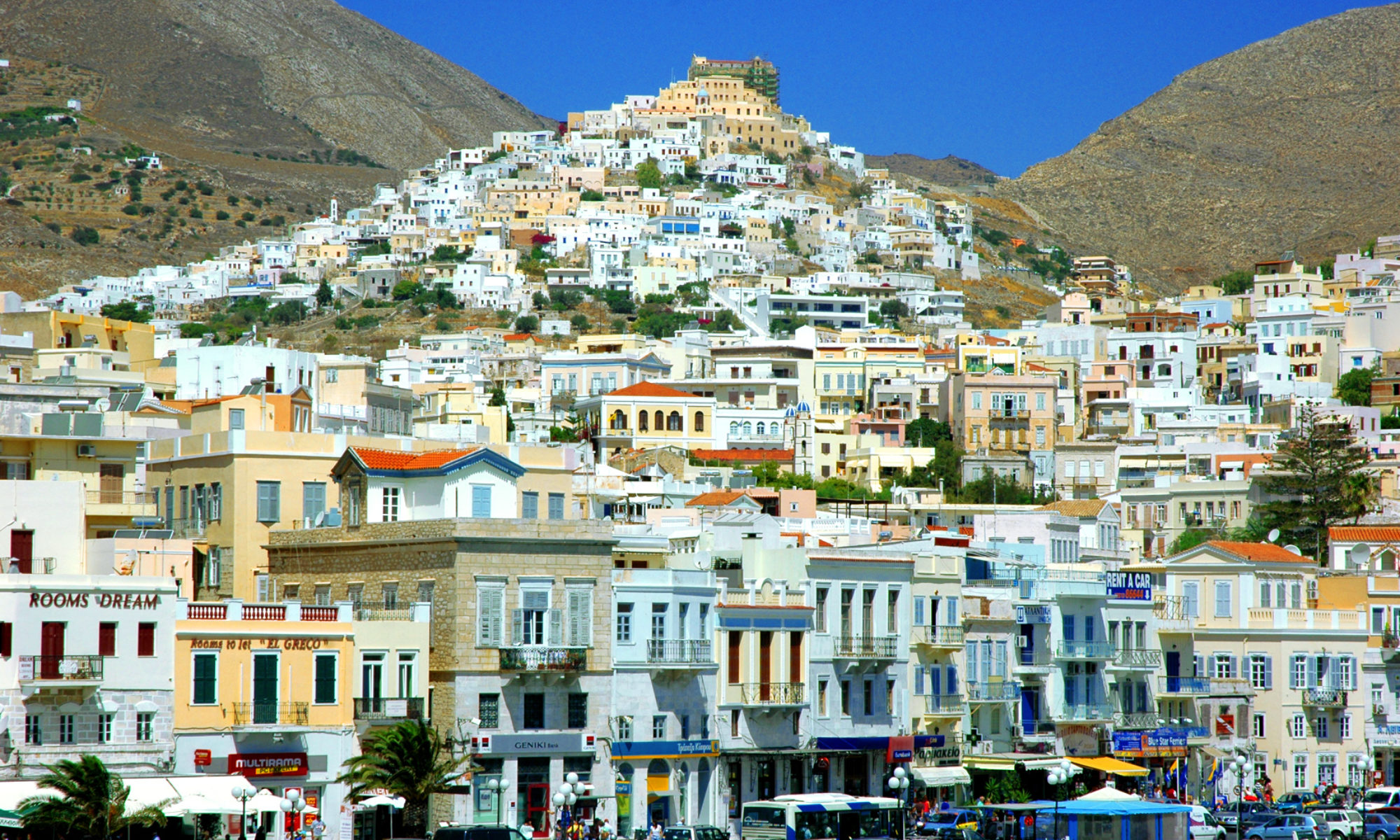 Explore Syros through its beautiful and hidden trails!

What is it about?

Syros, like all the Aegean islands, is scattered by paths that used to connect the settlements or led to places with water, suitable for cultivation or for watering the animals or finally, to beautiful and secluded beaches. These paths today, were sometimes walked by small groups of adults with the aim of contact with nature. In these meetings, however, there were rarely young people. Nevertheless, in discussions that took place afterwards, especially with students, there were many students who showed interest in getting to know their place. So there was a core of young people who wanted to participate in such activities. But that did not seem complete. If we were satisfied with a simple walk we would become another excursion club and nothing more. The questions we asked before coming to the choice of our design are the following:

What will this mean for the project for us young people from Syros? Is it something useful for society and for other young people? Is it different from other actions that are already being done? What new will it bring to our island and the local community? Does it make sense in the general social environment? What mistakes have been made by similar actions? How could they be avoided? Who could we consult? What change can it bring? To what extent does it take into account the needs of the target group? Is the idea feasible? And how could we plan a successful action? In some efforts, with a different approach, some of the team members had participated in programs either through environmental groups or through environmental actions in our schools, or groups of teenagers from the Addiction Prevention Center of the Cyclades Prefecture of OKANA and KOINSEP .

The methodology of these actions had a different orientation and center on man and well-being. We lived beautiful moments and they accompanied us in our studies through the images of the wonderful landscapes of Syros and its paths. Especially the northern part of Syros which is a protected area by the European program NATURA. The area of ​​Apano Meria Syros includes in addition to the typical oregano ecosystem and the area “Aetos” which is overgrown with spruce and juniper and is a forest ecosystem of hardwoods (macchia vegetation), but also (to a lesser extent) areas that were cultivated in a traditional way (abandoned fields). It includes a mosaic of habitats such as: steep rocky shores, gorges, caves, streams, riparian ecosystems, in the coastal area there are sand dunes that make the area very important for its birds and mammals, due to the creation of many natural shelters. Also the sand dunes that exist in the area are very important for the preservation of the flora.

The whole area has suffered minimal impacts of human presence (there are no settlements, tourist facilities, etc.) resulting in a significant environmental quality. It has been selected in the national network of natural habitats and habitat species (National list of sites) as Site of Community Importance of the Habitats Directive EEC for the Natura 2000 network. It is also on the list of the European Union’s Corine Biotopes program for nature conservation. Since 1997, the Greek Government, through the Ministry of Environment, Recognition of the great value of the region, has included the Upper part of Syros in the proposed Places of Community Interest (PSCI) for inclusion in the European Ecological Network ‘NATURE 2000’, in application of art.4, par.7 of Directive 921431EEC “for the conservation of natural habitats, as well as of wild flora and fauna”. According to this, the Upper part of Syros has been declared in the European Community with the code GR 4220018 SYROS: SYRINGAS MOUNT AS A BEACH. Many of the species mentioned in the data of this area, make the island particularly important at European and International level. Or, due to the unique presence of endemic species in this area of ​​the island, some of which are included in the List of Endangered Species of IUCN and are protected by Greek Legislation (PD 67181).

Our relationship with Syros is decisive in the general course of our lives as well as in the principles and values that were sculpted in the Cyclades.